“When we decided that we wanted an authentic Japanese-style gate for our house, thank goodness that we were able to find Hiroshi Sakaguchi.  His work is exquisite, and his craftsmanship is superb.  His construction technique is absolutely correct, utilizing only wooden dowels and wedges in his joinery, as in traditional Japanese architecture.  After installation, we’ve received a constant stream of compliments.  Trust Hiroshi-san.  He will create something beautiful for you.”
—  Aaron C., Tiburon, CA

“In Japan, the entrance gate is the ‘face’ of the house to the outside world,
and what is expressed is given careful consideration.” 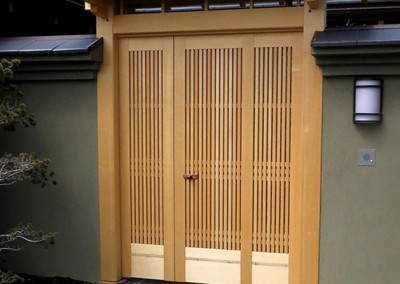 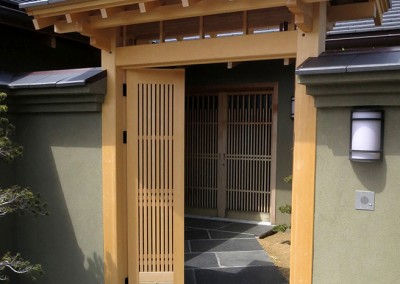 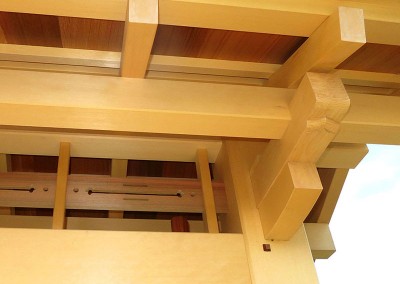 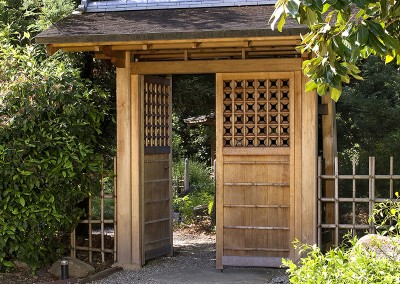 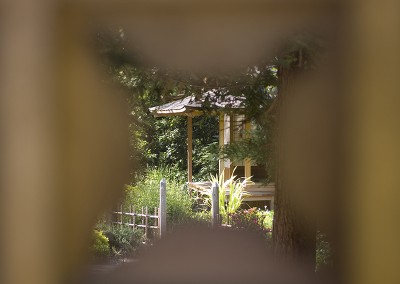 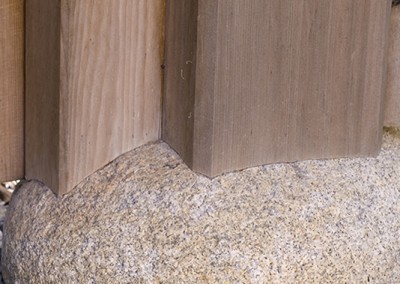 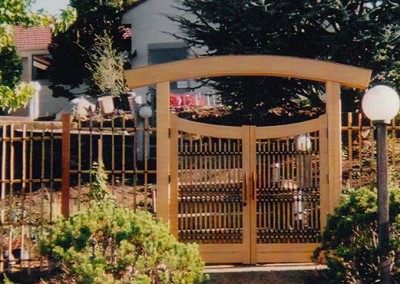 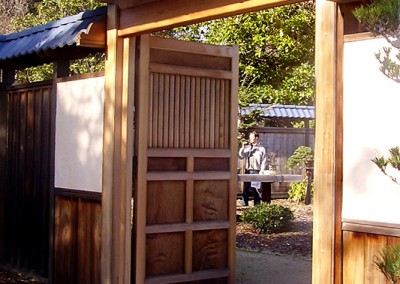 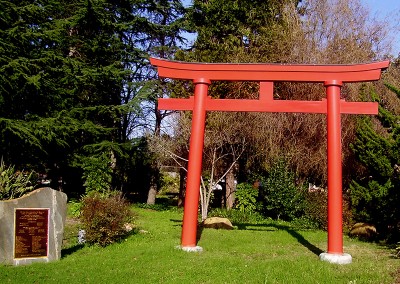 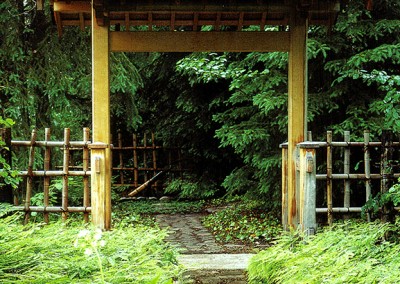 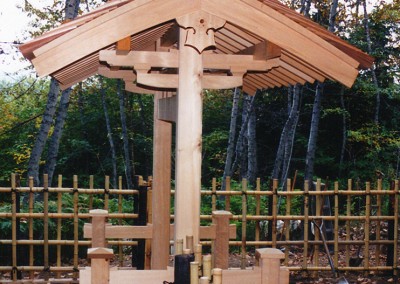 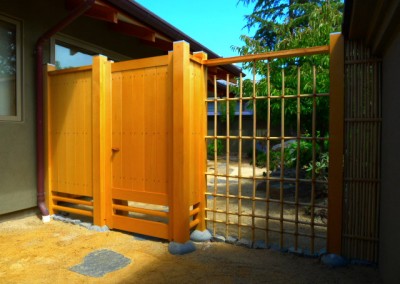 Traditional Japanese gates for entering a home or garden (mon) have a gabled (kirizuma) or hipped gabled (irimoya) roof structure supported by cedar posts and topped with red cedar shingles or ceramic tiles. The gate doors can vary from simple panels to more complex designs. Sakaguchi-san also fabricates the traditional, simpler midway gate (nakamon), or gate within a garden. He often constructs Japanese fences in conjunction with a gate. In the West, gates tend to be less formal, and Sakaguchi-san can design and build gates with a Japanese aesthetic but more suited to Western needs. As well as Japanese garden gates for private residences, he has constructed Japanese gates for public parks. For more information about the traditional Japanese entrance gate and Japanese torii gate he built at Lake Merritt Park in Oakland, CA, see below.

History of the Torii Gate

Torii Gate in Lakeside Park is one of eleven themed gardens which are a part of The Gardens at Lake Merritt, in Oakland, California. The Torii Gate traditionally marks the entrance to a sacred Shinto shrine.

Fukuoka, Japan and Oakland, California are sister cities, with a 51 year relationship which began in 1962. At the time, President Eisenhower encouraged the formation of sister city connections to promote global peace and understanding between different countries and cultures.

The Fukuoka Junior Chamber of Commerce gave the Torii Gate to the City of Oakland in 1969. In 2002, on the 40th anniversary of their connection, the gate was rebuilt.

August 17-20, 2012 marked the 50th anniversary with both cities celebrating their half century friendship. The mayor of Fukuoka, Japan, was part of a 30 person delegation of officials who attended the ceremony in Oakland, which included the dedication of ten Japanese lanterns added to the Torii Gate Garden.

It Started with an Idea

The concept of this garden emerged during a conversation between Toichi Domoto and Bill Hashimoto sometime after 1974. Toichi was interested in preserving bonsai produced in northern California. Bill kept this thought alive through his friend Gloria Clementson. Early in the 1990′s, when Gloria died, her heirs dedicated the proceeds from sale of her bonsai as seed money for a bonsai garden to preserve special trees. Shortly thereafter, Hideko Metaxas, president of the Golden State Bonsai Federation (GSBF), presented the concept of this garden to the GSBF board of trustees. The GSBF, the state-wide association of bonsai clubs, agreed to create two collections – one in southern California at Huntington Gardens Museum and one in northern California. Through 1994, Bill Hashimoto and his associates continued raising funds and explored many locations for this northern Garden. Seiji Shiba took over as chairman and in 1996, with the assistance of John North, came to an agreement with the City of Oakland to locate the garden at Lake Merritt. Then fundraising accelerated, and through much donated time and only one paid contractor, Steve Faulk, the dreamed of garden was built and finally opened in November, 1999.

This classic Japanese gate was dedicated to Mas Imazumi – a Bay Area Bonsai teacher for many decades. The gate was designed and built by Hiroshi Sakaguchi of Occidental, CA. He practiced, what men in his family have been doing for more than 600 years, the ancient craft of joinery woodworking which uses no visible glue, nails or screws.